The City Hall, a neoclassical palace, is a beautiful and grand old building overlooking one of the main squares, with an elegant exterior, featuring sculptures on the triangular tympanum, supported by four paired columns. With its interior rich in works of art, such as a painting depicting Marquês de Pombal during the reconstruction of Lisbon, it lends itself as a perfect place for an unforgettable wedding.

The former summer residence of the archbishops firstly, and then of the patriarchs of Lisbon, Palacio de Mitra was commissioned by Tomás de Almeida to be built in 1730. In the interior you encounter the typical 18th century Portuguese tiles, in blue and white, which are characterized by their thematic richness and great pictorial quality.

The Palace also boasts a two-kilometre aqueduct, designed to supply two fountains, one of which is monumental, that were all built in the 18th century. 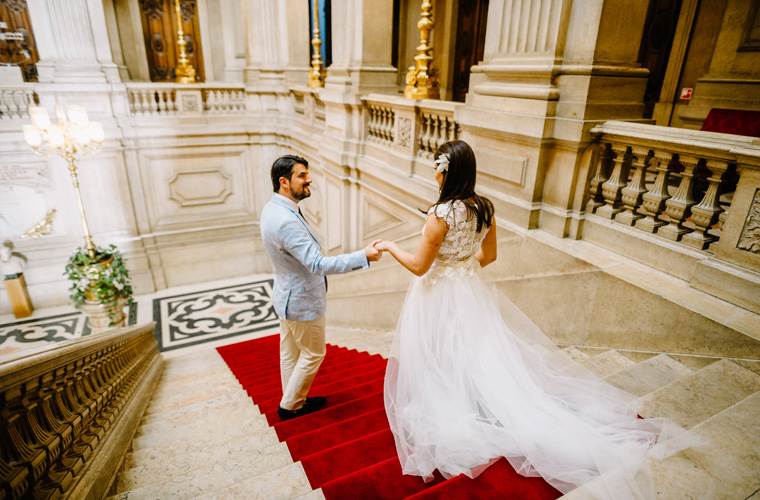 Costs depend on nationality, civil status and available registrar (any transport costs will be added)
€ 1800
Get Started
On booking of a package the cost of the marriage registration service will be € 730
Only on weekends
Previous
Next
Facebook-f Instagram Whatsapp